All that You Need to Know About Light Emitting Diodes 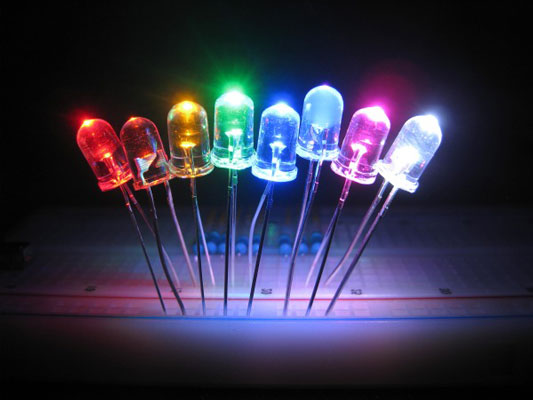 Light emitting diodes known as LED is basically a diode, which is an electronic device having 2 electrodes. The electron flows from cathode to anode in a single direction and hence the diode is also known as unidirectional device too.

LED lights are basically formed by semiconductor devices like silicon and as the electron flows from cathode to anode the electric current flows from anode to cathode and with the result it starts emitting lights.

This characteristic of diode is used for making LED lighting system.

Having said the above, there is one drawback of LED lights too. These are a bit expensive as compared to other lights, but with mass production the prices are slowly coming down

How LEDs are used in lighting?

For general lighting purpose, LEDs are usually incorporated into bulbs so that it can be replaced in the fixture of traditional bulbs. Due to their smaller size, LEDs can provide unique opportunities for design.

Few LED light fixtures can also have LEDs built-in as permanent light source. Also, there are few hybrid approaches, where non-traditional “bulbs” or any replaceable light format is often used and designed especially for the unique fixture.

LEDs can offer tremendous innovation opportunity for lighting form factors that can fit much wider applications as compared to traditional lighting technologies.

Reasons why LEDs can put all incandescent bulbs totally out of business?

Traditional incandescent bulbs are quite inefficient in energy for consumers. Also, they convert lesser than 1/20th of energy that they consume into a visible light. Almost 90% of the energy is lost due to heat.

All these gets translated into cost and therefore these traditional lights are too energy inefficient.

Although their sticker price can be much lower than LEDs, however in the longer run any incandescent bulbs will certainly cost you much more money due to their inefficient way that they generally operate.

That is the reason now most of the commercial as well as domestic users are replacing their old bubs and lighting system with this new LED lighting system.

As a result, the market for the incandescent lights is shrinking and very soon they will have to wind up their business.

Advantages of Having an End of Tenancy Cleaning Service

What Is The Difference Between CBD And THC?

Basic And Important Furniture For A Functional And Productive Office